What is Behavioral Economics? 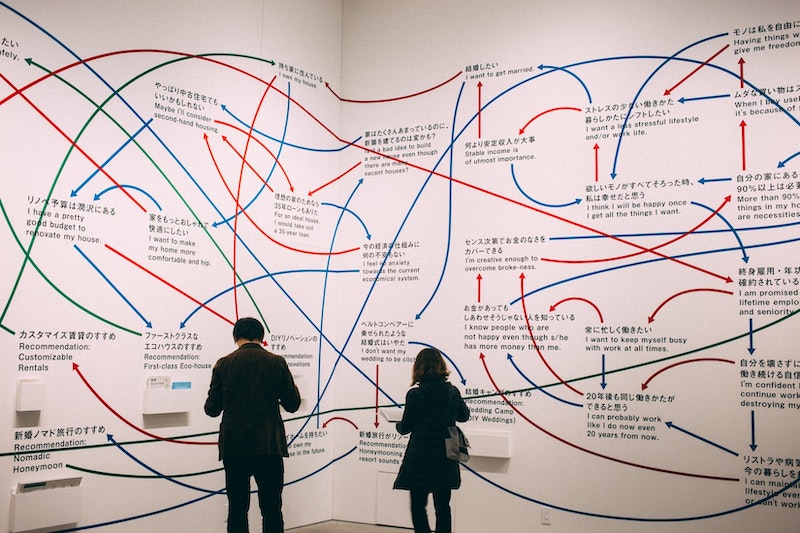 Understanding how emotions and perceptions impact decision-making can advance research within behavioral economics. Tools that allow detailed measurements of behavior, such as eye tracking, facial expression analysis, and EDA, can provide a much-needed comprehension of the processes that are at play. Ultimately, this knowledge can guide us towards better decisions, and help us make better decisions on the way.

How we make decisions

The evolution of humankind, according to the field of economics, begins with “homo economicus” – an all-rational, all-knowing, wise purchaser who only makes decisions that benefit themselves in the long run [1]. Ideas have slowly changed since the early 1800’s when John Stuart Mill (and others) could assume that this reflected the average person, and this theory of evolution has since been updated. The next step is where we are now – the more aptly named “homer economicus” – not rational, not knowing, and with little thought to the future – the Homer Simpson of economic choices [2]. This is perhaps a better reflection of who we are.

Like most other fields of behavioral science, behavioral economics is fundamentally concerned with decision making – with a particular focus on how information and context (which could be social, psychological, emotional, or cultural in origin) can impact the choices we make in our daily lives. It’s concerned with understanding our irrational mind, why we make the decisions we make – and how to make those decisions better.

While you may be confident of your own Spock-like rationality, the important thing to remember is this – most of the time, most people are mostly irrational. Below, we will go through further examples of this, providing an overview of behavioral economics, and how this research can help us all make better, wiser, and more rational decisions.

Behaviors can be contagious

A classic experiment exploring dishonesty comes from Dan Ariely at Duke University [5]. Participants were asked to complete a series of questions, and then to submit their answers – they were told they would be rewarded for each correct answer. In the control condition they handed their answers in, and this was checked by one of the researchers. If the participants were instead given an answer sheet to check their solutions, 2 more correct answers were, on average, suddenly found. This was shown later to be a result of cheating on the test.

The study continued further – if participants were in pairs, the number of dishonestly-reported not-actually-correct answers jumped up even more, suggesting that people can’t really be trusted to lead each other to virtuous behavior. Even if a further, third participant was asked to monitor the cheating, the cheating would often continue unabated – and would sometimes even increase. It appears that bad behavior can be infectious in groups.

A recent study by researchers from the University of Copenhagen, and the University of Huddersfield explored the mechanics of dishonesty in more detail, using iMotions [6]. They first examine the processes that unfold when someone acts dishonestly with the help of eye tracking, and then find that cheating behavior can be altered just by shifting the visual attention of participants. The moral of the story is thus – if you feel like you might be dishonest, then look away.

It’s a common adage to say that the customer is always right, but one study shows that the customer should at least be made to feel that they’re right. Emotions can shape how we appraise situations, and then determine how we behave.

A study by researchers from the University of San Diego and Duke University explored this further, by testing how emotions can be modulated – for better or worse [7]. The study featured an actor who gave out sheets of paper with tasks on at a coffee shop, promising a $5 payment for their completion. In round one of this study, the actor simply gave the instructions and then paid the participants. Crucially however, the actor overpaid by a few dollars – the good news is that most people would simply return the extra money. In usual conditions, people are usually nice.

In the next version of the study, the actor received a personal phone call midway through giving the task instructions, chatted about pizza, and then carried on with no apology. The overpaid dollars in this case were rarely returned. But if the actor instead apologized after the phone call, the participants reverted back to their benevolent selves. Simple actions can quickly change emotional responses, change our judgements, and ultimately change our behaviors.

Recent research using iMotions [8] used the concept of emotions guiding judgements to assess ad performance. By using Affectiva, positively or negatively valenced reactions to an ad were assessed. As more positive emotions were chosen by their target audience for a certain arrangement of the ad, the researchers are able to provide an evidence-based rationale for continuing with that ad – helping emotions guide future actions of the consumers.

Anchoring is a cognitive bias that is used by retailers to improve sales of everything, from mobile phones to real estate. When the first iPhone was introduced, it came with a price tag of $600 – when it was lowered to $400 shortly afterwards it seemed like a bargain, even though this price was still relatively high compared to other mobile phones at the time. In this way, a prior expectation about value is formed, even if it’s artificially high. Lowering the price doesn’t affect the perceived value, yet does make it more affordable, and consumers are more likely to think they’re getting a great deal.

The same phenomena is often used with real estate, with documented increases in profits [9]. Opening up bids for an unusually low-priced house can increase competition to purchase something that is perceived as having a higher value – often extending the price beyond the actual worth of the property.

Self-control is a resource

Self-control can be thought of as a muscle – the more it’s used, the better it can become, but it can also become tired on the way. Research from Florida State University shows this to be largely true. Participants were split into two groups and asked to complete an essay either without the letters A or N (a cognitively-demanding task), or to complete an essay without the letters X or Z (which requires minimal effort beyond just writing the essay) [10].

It was found that those participants who carried out the more cognitively-demanding essay task were then – on a later math problem – more likely to be dishonest when reporting the number of correct answers they provided.

The participants were once again asked to complete a math problem after the initial task, with individuals in both groups being offered either an unmarked solution sheet, or one with the answers faintly circled. Those who had previously been tired out by the incongruent Stroop task were more likely to choose the easier option – that with the answers available. It seems that not only does cognitive effort make people more likely to act dishonestly – it can also deplete their self-control to keep themselves away from such situations.

Hopefully the examples above have convinced you to expect irrational behavior when it comes to humans. For better or worse, we certainly act differently to robots. This means behavior can be nudged and tweaked through subtle means, and it also means we can be on guard about falling for such behaviors.