What is EDA? And how does it work? 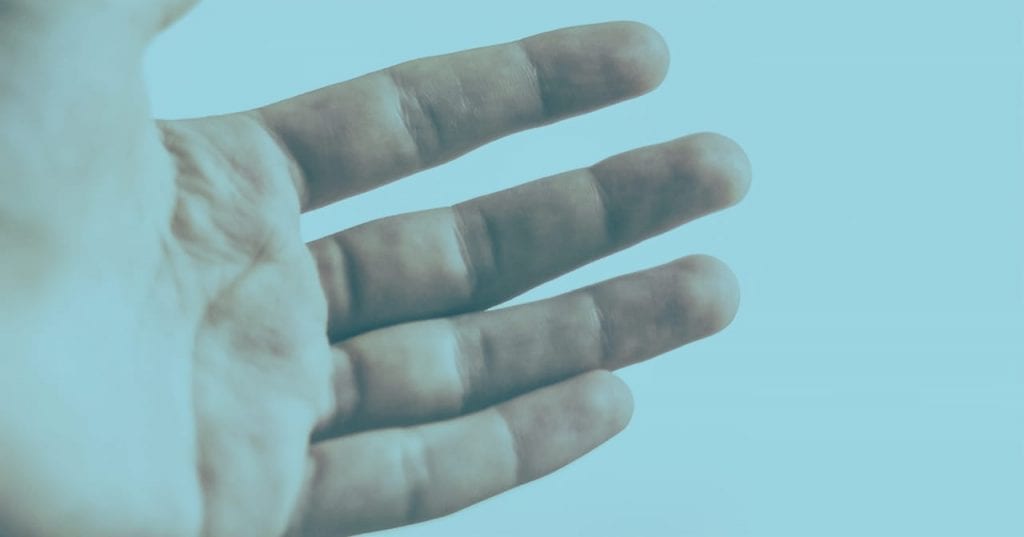 Electrodermal activity (EDA; sometimes known as galvanic skin response, or GSR) refers to the variation of the electrical conductance of the skin in response to sweat secretion (often in minute amounts).

This data is collected by applying a low, undetectable, and constant voltage to the skin and then measuring how the skin conductance varies [1, 2]. This can be done with EDA devices that measure the electrical signal recorded by electrodes applied to the skin.

While EDA is also linked to the regulation of our internal temperatures [1, 3], research has also repeatedly shown the strong association this signal has with emotional arousal [4, 5, 6]. The signals that are produced by the sympathetic nervous system lead to a change in the Skin Conductance Response (SCR), which is what is often looked at by researchers.

The EDA signal can also be reflective of the intensity of our emotional state, otherwise known as emotional arousal. Our level of emotional arousal changes in response to the environment and setting we’re in – if something is scary, threatening, joyful, or otherwise emotionally relevant, then the subsequent change in emotional response that we experience also increases eccrine sweat gland activity. Research has shown how this is linked to emotional arousal [7, 8, 9].

It is noteworthy that both positive (“happy” or “joyful”) and negative (“threatening” or “saddening”) stimuli can result in an increase in arousal, and in an increase in skin conductance – any dimension of emotional response can lead to these detectable changes. The EDA signal is therefore not representative of the type of emotion, but the intensity of it.

The Background of EDA signals

Vigouroux was the first researcher [10] to uncover a link between mental state and EDA activity, finding an association with the level of sedation in patients and skin resistance [7, 11]. This connection of emotional response to EDA signal has been explored in thousands of articles in the 120+ years since this seminal finding.

The amount of sweat glands varies across the human body but is the highest in hand and foot regions (200–600 sweat glands per cm2 [6]), where the EDA signal is typically collected from [7].

Skin conductance is not under conscious control. Instead, it is modulated autonomously by sympathetic activity which drives aspects of human behavior, as well as cognitive and emotional states [13]. Skin conductance, therefore, offers direct insights into autonomous emotional regulation.

It can be used as an additional source of insight to validate self-reports, surveys, or interviews of participants within a study.

What you need to know about EDA sensors

As EDA measurements work by detecting the changes in electrical (ionic) activity resulting from changes in sweat gland activity, the electrodes must be sensitive to these changes, and able to transmit that information to the recording device.

Most modern EDA electrodes have an Ag/AgCl (silver-chloride) contact point with the skin. Ag/AgCl electrodes are used as they are cheap, robust, safe for human contact, and of course, are able to accurately transmit the signal from the ionic activity.

Some electrodes also come prepackaged with ionic gel that can increase the signal fidelity, or ionic gel can be applied to achieve the same effect. Either way, the signal is sent through the electrode, to the wire (usually lead) that passes the information to the EDA device.

From here the data is either stored within the device to be later uploaded, is transmitted wirelessly to a computer system, or the signal is sent through a further wired connection to a computer. Different EDA sensors allow different means of transmission, and the choice of each will depend on the kind of research you’re carrying out.

Skin conductance is captured using skin electrodes which are easy to apply. Data is acquired with sampling rates between 1 – 10 Hz and is measured in units of micro-Siemens (μS).

The time course of the signal is considered to be the result of two additive processes: a tonic base level driver, which fluctuates very slowly (seconds to minutes), and a faster-varying phasic component (fluctuating within seconds).

Changes in phasic activity can be identified in the continuous data stream as these bursts have a steep incline to a distinctive peak and a slow decline relative to the baseline level.

Researchers focus on the latency and amplitudes of the phasic bursts with respect to stimulus onset when investigating EDA signal changes in response to sensory stimuli (images, videos, sounds).

When there are significant changes in EDA activity in response to a stimulus, it is referred to as an Event-Related Skin Conductance Response (ER-SCR). These responses, otherwise known as EDA peaks, can provide information about emotional arousal to stimuli.

Other peaks in EDA activity that are not related to the presentation of a stimulus are referred to as Non-Stimulus-locked Skin Conductance Responses (NS-SCR).

By using the skin conductance values, or the number of EDA peaks, it’s possible to add quantitative data to studies of emotional arousal. With more data at hand, it’s easier to uncover new findings, and make new discoveries about human behavior.

If you’d like to learn more about how to use EDA in your research, download our free guide below that takes you through everything you need to know (note that the guide uses the term “galvanic skin response”, rather than EDA or electrodermal activity, but the meaning is identical).