Anatomy of an Eye Tracker [How Eye Tracking Works] 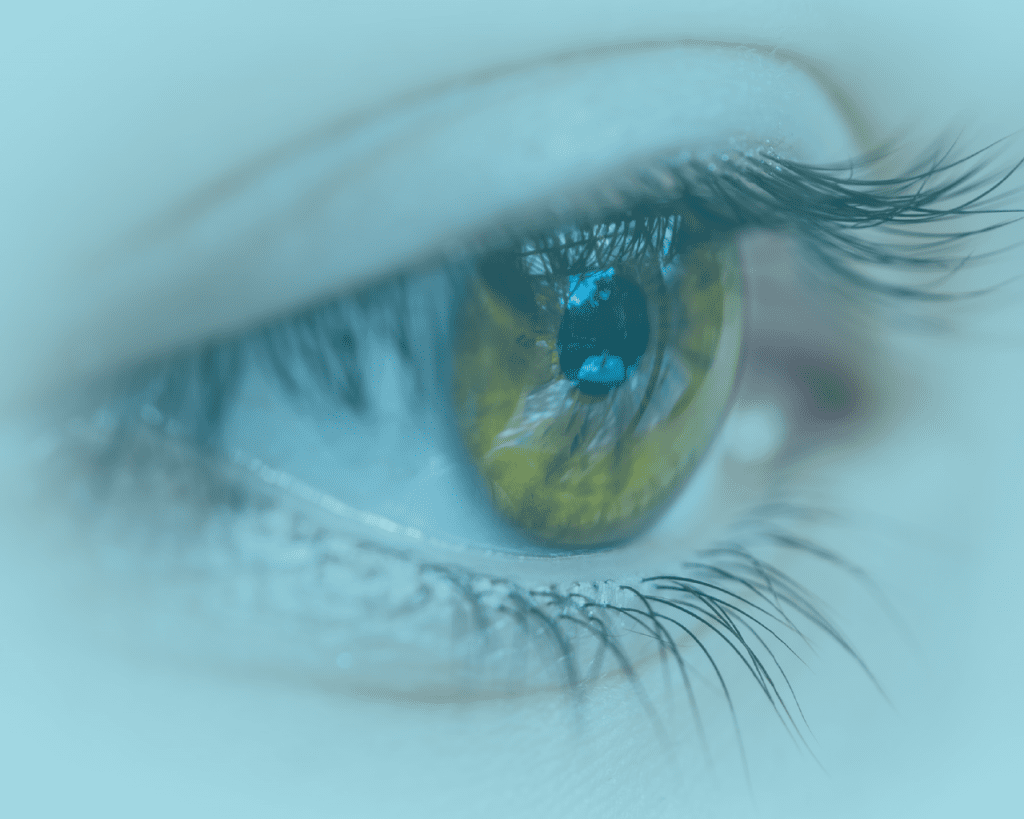 The process of using an eye tracker to capture information about visual attention is often described in surface-level terms: eye tracking works by tracking the eyes. Of course, there’s much more that goes on in this process with the necessary involvement of both hardware and software. Below, we will go through in detail how modern eye trackers work – in the form of screen-based, glasses, and VR eye tracking.

How do screen-based eye trackers work?

Screen-based eye trackers are typically small black cuboids that attach to a monitor (quite similar to a chocolate bar in size and shape), or are slightly larger standalone devices that are placed in front of a monitor.

One of the most crucial components of the eye tracker is the infrared light source, that is used to highlight the eyes. This light – not visible to the human eye – creates a high-contrast reflection when directed at the eyes.

An illustration of some of the components that are typically found within an eye tracking device (note that the illustration is merely representative).

The infrared light helps create the PCCR (Pupil Center Corneal Reflection). This consists of two distinct points – the pupil center, and a reflection from the cornea. The distance between these two points is the information that informs where the eyes are looking. We’ve written more about this process in a blog post here.

This image is detected by the infrared cameras within the device. The data is then processed to determine the gaze direction, and is forwarded to the computer it is connected to. This data (the vector between the two identified points of the eye) can then be recorded – the angle of the points can be related to the direction of the eyes in a relatively straightforward manner. Combined with information about the location of the eye tracker in reference to the monitor (as well as the monitor dimensions), this can later provide information about where an individual’s gaze was when looking at the screen.

How do eye tracking glasses work?

Eye tracking glasses feature similar technology to screen-based eye trackers, yet are largely contained within spectacle frames and a data processing unit that is attached.

The devices work in a similar way to screen-based eye trackers but feature a few crucial differences. Clearly, the lights and cameras must be positioned closer to the eyes to fit within the spectacle frame, yet the method of detection and delineation of eye movement is largely similar. Infrared lighting is particularly important to create high contrast images when the participant is moving about naturally in the world – this also means that the lighting conditions are subject to change, which can impact the visual contrast of the eyes.

An illustration of some of the components that are typically found within eye tracking glasses (note that the illustration is merely representative).

Eye tracking glasses also feature a camera that records what the wearer is seeing – this allows the gaze to be associated with the scene. By calculating the position of the eyes, the movements can be superimposed on the video of the real world.

Screen-based eye trackers can often be used by people who wear corrective glasses without any deleterious effects on performance. Eye tracking glasses are no different, just that the corrective lenses must be worn with the eye tracking glasses (often available as an add-on), as it would clearly be uncomfortable and impractical to try and combine the two at the same time.

How does eye tracking in VR work?

So far, so similar. Yet there are crucial differences. Most notably when it comes to 3D environments (such as VR games), but also with 360 video that is presented in VR. The former is what is typically thought of when VR is mentioned – the user can move around and interact within environments that contain depth. The latter, 360 video, is a video without depth (despite appearances) and can be looked at from all angles as though one is really standing in the environment.

An illustration of some of the components that are typically found within eye tracking glasses (note that the illustration is merely representative).

Creating analyses using eye tracking in VR also benefits from having depth information from the environment. Without this information it’s possible to superimpose gaze information onto the visual scene, but defining how eye movements relate to specific objects (or any specific part of the environment), is vastly facilitated by data regarding the depth. The depth data provides more detailed information about what is actually being looked at.

I hope you’ve enjoyed reading about how different eye trackers capture information about gaze patterns. If you’d like to get a deeper understanding of the equipment and processes involved, download our free guide below.