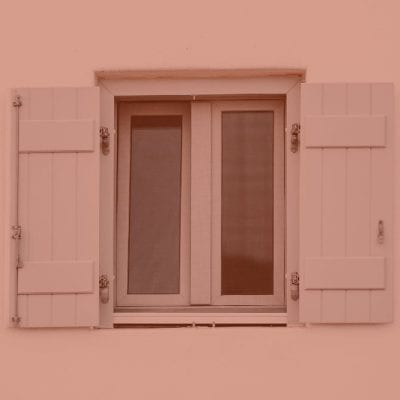 We all have preconceived ideas about the world. Whether as a result of our upbringing or life experiences certain things will always hold more negative or positive connotations than others.

We may not like red cars, associating them with being too fast or loud and we may love the actor Tom Hanks, associating him with a favorite childhood movie. These impressions are based solely on our cultural context and past experiences. People are also not “open books” and may not wish to reveal certain thoughts or behaviors.

If a lifestyle questionnaire asks us how much exercise we get per week, for example, it may be tempting to portray ourselves as less sedentary than we are. It’s easy to remain blissfully unaware of these preconceptions or biases, and it’s difficult to pinpoint them in others since they are so often subconscious.

The associations we have move beyond inanimate objects! People also attribute negative or positive attributes to groups of people.

Is there a way to circumvent these barriers to comprehensive and accurate data collection? The Implicit Association Test (IAT), developed in 1998, is one solution proposed by scientists.

What is the Implicit Association Test (IAT)?

The Implicit Association Test (IAT) is a psychological test designed to measure “implicit attitudes”. These are the underlying by-products of past experience that influence how we feel about something.

The IAT is designed to reveal the automatic associations we hold between concepts (e.g. light and dark,) and attributes (e.g. good or bad) by asking the participant to rapidly pair concepts and associated constructs. The participant is given little time to fully process their decision, instead relying on gut reaction and subconscious associations. In this manner, according to the creator of the psychological test, the IAT provides a “window” into our thought processes.

The IAT has become a phenomenon both in terms of scientific research and in capturing the public imagination. It has been written about in countless media publications and used to inform public debate and discussion. This is because the IAT is viewed as providing a direct link with the subconscious. It has also been proposed as a means to untangle racial discrimination and bias within the justice system. Stating that it directly reflects the nonconscious is a bold claim and there has been some debate over whether the IAT measures precisely what it claims to.

So how can IAT be utilized in human behavior research and how can it work for you?

How does Implicit Association work

In its most basic computerized form, the IAT requires the user to categorize two concepts with an attribute, as quickly as they possibly can.

For example, you may be asked to choose one of the concepts “young” or “old” to pair with the attribute “foolish”. IAT proposes that the quicker the respondent pairs the concept and attribute, the stronger the internal association. These associations are known as the aforementioned “implicit attitudes”. Psychologists have theorized that our implicit attitudes influence many cognitive processes such as memory, perception and development of stereotypes.

As IAT is conducted by the individual privately and rapidly, it is proposed that it may shed light on beliefs that people are normally unwilling to discuss. This may bypass research difficulties such as social desirability bias or acquiescence bias. These are biases that have long affected the accuracy and validity of many research methods such as interview methods and self-report. Read about the different types of bias here. You can try various types of IAT developed by Harvard University.

What is the advantage of IAT?

Let’s take a look at an example:
Traditionally, when looking at a certain individual’s beliefs regarding a particular brand, the go-to method would be to apply an anonymous survey or conduct a face-to-face interview.

Whilst many surveys are well-validated and a survey is a highly economic research method, it certainly has some shortcomings. Individuals may conceal or edit answers due to different forms of bias (see above), lack of insight and self-enhancement.

Quite simply, they may be too polite to risk offending the researcher or not want to give too much away about their personal beliefs! In addition, sometimes we simply do not realize that we possess certain beliefs or attitudes. It can be difficult to accurately analyze your own belief systems to a point where you can objectively state your deep-held associations. In fact, this is a nearly impossible feat. As IAT does not ask the subject a direct question, it enables the researcher to bypass many of these biases.

Taking IAT to the next level

iMotions runs the IAT task through our partnership with Qualtrics – the world-leader in survey presentation (this can also be done through the iMotions API). This partnership enables us to provide complex presentation techniques such as randomization of stimuli and feedback on responses.

Furthermore, this tool provides highly detailed information such as IAT reaction time and accuracy. Such specific data grants an unparalleled insight into your respondent’s reaction to stimuli. If you are looking to take this design a step further, iMotions presentation can synchronize IAT with measures such as eye tracking, EEG and EDA/GSR.

Another innovation in IAT literature is to use biometric inputs as the response, instead of, or combined with, reaction time measurements. In one study, researchers used a motion detection software and coded nodding or shaking of the head as positive or negative responses, respectively. This information can be captured by the behavioral metrics of facial expression analysis.

Similarly, EEG can be used to measure brain-based motivation while the IAT is being run through the iMotions API. The researcher can then synchronize both data streams to see if the respondent shows biased approach or avoidance reactions towards the categories in the IAT. EEG can be combined with galvanic skin response (GSR), or electromyography (EMG) to also discover physiological arousal or stress responses. For instance, if a person shows higher avoidance, higher arousal and muscle responses while looking at one of your products, it may mean that this product implicitly elicits a negative response in the consumer, even though they responded positively in surveys.

When it comes to completing the task, iMotions IAT provides subjects with clear instructions on how to complete each block. This is important for a task that requires rounds of rapid responses.

Check out the image below for a sample of our instructional display:

In terms of the format the tasks take, the IAT typically consists of five blocks in which subjects have to categorize a word or image which appears in the middle of the screen using a designated button.

In iMotions, each screen is captured as its own still image “scene,” which is useful for creating aggregated heat maps.

Further, markers are automatically pulled into the system to note when subjects pressed a key, and which key they pressed:

Note that there are a number of variations of this task, varying across categories such as race, weight, sexuality, gender, and even socioeconomic status. Within iMotions, you can simply change the variation by changing the text and/or images presented in the Qualtrics design.

With iMotions’ online data collection module, you can continue conducting IAT tests remotely with any group of respondents all over the world. With this option, you would be able to capture facial expression analysis while running an IAT, and analyze positive or negative attitudes only from facial expressions. Facial expressions analysis engines such as Affective or RealEyes provide you with outputs such as valence (positivity or negativity of a facial expression), seven basic emotions (joy, surprise, sadness, anger, disgust, contempt), or specific muscle movements in the face such as brow furrow and lip puller.

Implicit Association Test is a really interesting research method, which can provide a range of new possibilities for those looking to conduct research exploring attitudes and beliefs. If you would like to know more, why not read this detailed exploration of IAT by its creator.

This new avenue is certainly worth reading up on and considering as a new research angle.