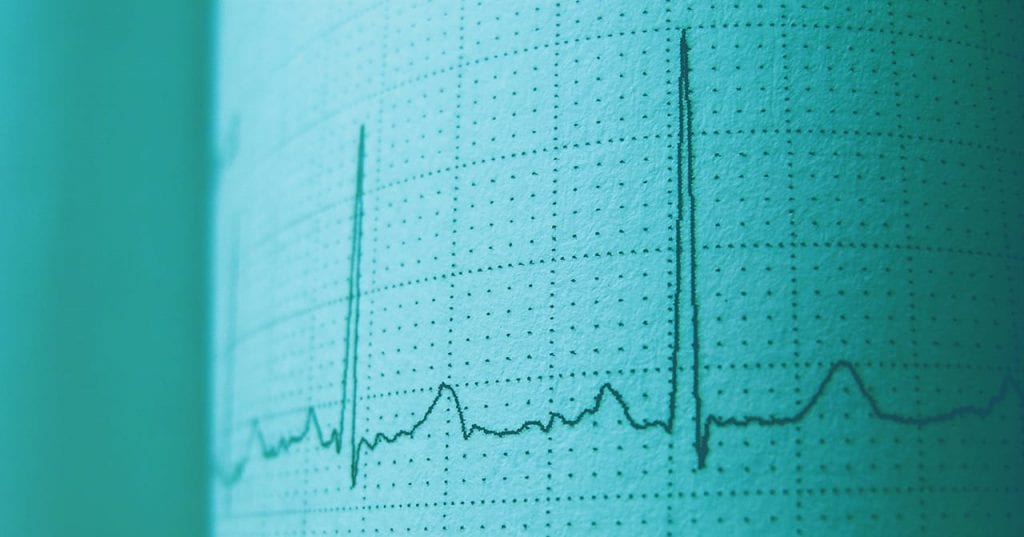 Different applications of electroencephalogram (EEG), especially in relation to mind-controlled technology, are receiving a lot of attention, and rightfully so. Thanks to the rapid development of brain-computer interfaces, researchers can build devices that users can control with their mind.

These devices range from robotic arms (1) to synthesised pianos (2), and what they have in common, is that they use electrical brain activity recorded from the scalp as the input. This fancy technology is based on the widely used EEG methodology power spectrum analysis.  Algorithms simply use the power (i.e. squared oscillation amplitudes) in different frequency bands and at different electrode sites as the basis for the interpretations.

Some time ago there were news about the ‘happiest man on earth’, a Tibetan Monk whose brain produced gamma waves never before reported in neuroscience. Meditation has been shown to have an effect on gamma band activity (3), associated with higher cognitive function… But how do we really interpret these frequency bands?

Below you will find a brief introduction to the different frequency bands and their significance in various mental processes.

If you are familiar with prefrontal asymmetry research based on Davidson’s findings (4), then you have probably heard about the alpha frequency band, generally in the range of 7-12Hz. To briefly recap, alpha power is assumed to be inversely related to cortical activation and increased activity in left prefrontal cortex is associated with approach motivation. While it has also been interpreted as an indicator of positively valenced emotional responses, evidence shows that it is not entirely correct. Namely, emotional states such as anger and jealousy are negatively valenced, yet also trigger relatively stronger left hemispheric activation (5).

The underlying assumption for EEG asymmetry research is that alpha waves simply indicate the idling state of the brain. However, many authors state that this assumption is oversimplified, as it does not reflect the current knowledge of the functional role of alpha oscillations or the differentiation of prefrontal networks (6).

Alpha oscillations have been shown to play a key role in inhibition of non-essential processing, which in turn facilitates task performance (7). Furthermore,  alpha waves are closely linked with gating of perceptual awareness and attentional control (6). Thus they could instead be regarded as an index of top-down processing, representing a mechanism for increasing the signal-to-noise ratio (8).

Delta oscillations have the lowest frequency range (<4Hz) and are involved in motivational processes (9). Delta EEG power has been shown to correlate positively with the amplitude of P300 component in ERP studies, which is commonly associated with processes in dopamine reward system. It indicates that states associated with the necessity to satisfy the basic biological needs can be linked with increased delta activity. Indeed, there is evidence from both children and adult populations that behaviours associated with unconstrained urge towards biologically relevant rewarding objects is accompanied by enhanced slow-wave activity (9).

Theta oscillations (4-7 Hz) are often linked to memory and emotional regulation. A host of studies have shown the involvement of theta oscillations in the encoding of information during exploratory movements and spatial navigation (9). Furthermore, it has also been shown that discrimination between pictures of positive or negative emotional valence is associated with early synchronised theta activity (10) and that participants who have low vs. high high skin conductance responses differ in terms of the power changes in theta band (11). Similarly to delta, theta oscillations are also related to P300 ERP component and play a role in salience detection, confirming the close link between motivational and emotional processes (9).

In regards to the role of alpha oscillations in human EEG, it can be inferred that the development of higher brain functions relies strongly on inhibitory mechanisms or other functions associated with alpha oscillations such as working memory and mental representation of objects and events (9). It should be added that as children mature, the percentage and power of slow waves in their brains decrease, whereas the alpha power massively increases with age (12). So yes, alpha is more than just the idling state of the brain.

Beta band (12-30 Hz) is most commonly studied in relation to sensorimotor behavior, and it is known that beta band power decreases during the preparation and execution of voluntary movements, and bursts after the termination of the act (13). But there is more to it – the brain responds the same way when one observes or imagines the movement. Even when it is not accompanied by any muscular activity, mental reversal of a motor act involves to a large extent the same cortical areas that are activated during the actual movement (14). That is how it becomes possible to control a robotic hand using mere imagination.

While it is strongly established that alpha band activity plays an important role in attentive behavior, the role of beta band has deserved much less attention. However, studies have shown that beta band activity also serves as a carrier for attentional activation (15) – it facilitates alertness or arousal that allows us to perceive stimuli – even when they are presented very briefly (16).

Gamma band (30-50 Hz or higher) is associated with the construction of object representation. It entails the binding of separate parts of the same object through bottom-up processes, and the activation, retrieval, or rehearsal of an internal representation though top-down process (17). Because the power in gamma band increases during complex and attention-demanding tasks, induced gamma activity is often interpreted as the neural substrate of cognitive processes (ibid.).

It is known that different properties of objects or events are encoded and processed in different parts of the brain, and it may be thanks to gamma oscillations that we perceive coherent representations. For example, gamma activity been shown to play a role in binding together spatially distinct features of visual objects and reflect associations between words and their meanings. It has also been related to the integration of sensory and motor processes during movement (17).

As mentioned earlier, meditation induces synchronisation in gamma band activity (3), which in turn has been associated with binding different aspects of perception into a coherent and unitary concept (17). Perhaps that also explains the altered state of consciousness that regular meditators report.

We have demonstrated here that the structure of brain oscillations reflects both the evolutionary past and is also related to the brain maturation process in humans. But what is more important is that motivation, emotion, attention, and higher cognitive processes are strongly linked to brain waves in different frequency bands. This indicates that investigation of frequency-specific changes in EEG data can lead to valuable insights in terms of how study participants process or respond to different stimuli.

Note that iMotions software automatically computes power spectral density values for all frequency bands and all electrode sites. Perhaps EEG power spectrum analysis is something that can also benefit your (future) studies.

Fore more information on EEG look below to find a free pocket guide to get started with your EEG research: