How to Use Biomarkers in Clinical Psychology 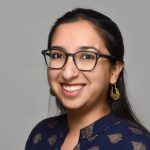 The field of clinical psychology encompasses the diagnosis and treatment of mental disorders, and it is a field that has been gaining popularity in recent years even outside academic and clinical circles. The everyday impact of mental disorders on individuals, communities and the costs on societies is gaining more and more awareness. The WHO reports a 13% rise in mental health conditions in the last decade, with 20% of the world’s children and adolescents having a mental health condition. This isn’t an increase in the prevalence of mental disorders, but rather points to first, our willingness to diagnose and deal with issues of mental health, and second, the advancement of tools psychologists have available to diagnose and treat these issues.

Clinical psychology has progressed in leaps and bounds to get to where it stands today – with a well-structured diagnostic system in place. However, these systems are still largely based on clinical observations, self-reporting and questionnaire data, which can be plagued by participant or researcher bias. This lays the burden of diagnosis and eventually designing the treatment plan entirely on the clinicians’ judgement and their ability to discern objective information about mental disorders from very subjective measures.

Clinical Judgment and its Difficulties

In the field of clinical psychology, disorders are understood as manifesting from a gene-environment interaction, i.e., mental disorders do not exist in isolation, but rather in a bio-psycho-social system. To precisely diagnose mental disorders, we therefore need to understand 1. The genetic underpinnings of this disorder, 2. The symptoms that someone with the disorder manifests, and 3. The changes that any of these can undergo along with changes in the environment.

Looking at the genes directly for diagnosis is not a viable option yet. For psychological disorders, several genes and pathways are involved for each observable symptom (attention, affect, communication). We have thousands of genes, each with multiple variants, and a combination of hundreds of genes is involved in each measurable construct, making streamlined diagnoses almost impossible. Therefore, current research in the field of clinical psychology is now looking for ways to make the existing system of diagnosis, which currently relies on clinical judgement, as objective as possible.

Getting an accurate diagnosis and treatment plan is a very complex and multifaceted goal. Let us try and understand this with an example – Attention Deficit Hyperactivity Disorder (ADHD). One of the core deficits of ADHD is hyperactivity. On the symptom level this may be manifested by seemingly easy constructs; for example, children with ADHD may constantly tap their hands or have an inability to stay seated in a classroom setting. These can be measured by simply asking the parents/teachers to observe the behavior in question. However, ADHD is not the only reason why someone may squirm or want to move around. Sometimes, an observable symptom such as ‘not staying still’ may point to a number of different factors. Someone may want to move around to reduce experienced stress. They may be engaging in self-soothing behaviors to reduce how anxious they feel in a situation. Alternatively, they may be engaging in attention-seeking behaviors that may point to other issues such as trauma at home or being bullied in school.

This is one example of how hyperactivity can manifest itself in ADHD. For a diagnosis, clinicians need to look at at least five symptoms across two scales, which means this complexity already exists across ten dimensions. Further, mental disorders are highly comorbid, i.e. often coexisting together with other disorders (Depression with Anxiety, ADHD with Autism Spectrum Disorder). We have multiple diagnostic constructs per disorder, and the comorbid group may or may not exhibit the same symptoms as the two disorders individually. The heterogeneity can very quickly become very complex.

So how do we obtain more objectivity in clinical psychology, without trivializing the complexity of the human mind and behavior?

Adding Biomarkers to the Toolbox

A biomarker, as the name suggests, is a biological variable (an eye tracking parameter, EEG performance on a task, galvanic skin conductance in response to a stimulus, heart rate variability) that can act as a marker for a cognitive construct (for example attention, inhibition, affect). Biomarkers connect to the symptoms clinicians observe in a given disorder, hopefully also giving us insights into its biological underpinnings (e.g. what parts of the central nervous system are involved). Let us continue with the ADHD example from earlier. To better understand ADHD, we could combine parent and teacher observations with power spectral analysis in EEG and/or measure eye tracking while a student completes everyday tasks. The former will help understand when people have trouble staying on task, and the latter can shed light on what grabs and holds people’s attention, and how they work through the task at hand. Going multimodal, that is, using multiple physiological research modalities, for biomarker research can tell us more about the process of doing tasks than simple outcome variables such as behavioral observation or reaction time. These findings can then be built into future therapies and interventions, for e.g. teaching aids in classrooms for children with ADHD.

Adding to the complexity of diagnosing mental disorders is the fact that cognitive variables such as affect, attention, social perception, processing of information in the real world are extremely difficult to accurately define and measure. Even more difficult is their translation to everyday clinical practice. A review by Smoller et al. (2018) [1] found over 8,000 patents registered as potential biomarkers, but only a few of these have made it into clinical practice. Every research finding may not corroborate with clinical observation, or consistently tell us something about the underlying neurology or truly distinguish one disorder from another, as we see above in the vague criteria of ‘not keeping still’.

However, the research into biomarkers for psychological disorders is relatively new compared to the field of clinical psychology itself. When identified, biomarkers can be extremely useful. At iMotions we offer several modalities typically used for biomarker research. This means that researchers and clinicians have flexibility in how they study a cognitive construct. Let’s look at a few of the benefits with the help of examples.

an example of Galvanic Skin Response peaks in response to a stimulus.

The Benefits of Biomarkers

Firstly, biomarkers help with subgroup identification of heterogeneous disorders. In the ADHD example, biosensor research could help distinguish problems participants may have in maintaining attention on a task versus getting easily distracted by environmental factors. As another example, biomarkers could help distinguish children with Autism Spectrum Disorder who have difficulty following joint attention from a parent, and those whose social impairments only extend to more ambiguous situations like building friendships. The former can be measured by using eye tracking to see if the participants can follow a parent’s gaze in dyadic interactions, whereas a combination of biomarkers will be needed to study all the emotions, anxieties and ambiguity associated with approaching a classmate on a playground and asking them to play with you. Identification of sub-groups can then advance the diagnosis and treatment measures in these heterogeneous populations.

Secondly, biomarkers can be used to understand moderating factors across a lifetime. Changes in age, exposure to trauma, and shifts in biological factors can change the way we perceive the world around us and how we allocate attention to various objects. The same biomarkers, let’s say fixation time on emotionally-laden stimuli, can be used to study these lifespan changes. This is particularly relevant for studying anxiety and depression.

Third, biomarkers can also be used to see how a course of a disorder changes. For e.g. does the reaction to emotionally-laden stimuli change if a person has depression, is in therapy for it, or if the depression is in remission.

Using biomarkers to understand variability in clinical groups, sub-groups within a disorder, mediating factors across a lifetime can eventually be used for precision medicine where treatment plans can be individualized for each person. Finally, these objective biomarkers can be used throughout treatment to monitor the process and adjust it as needed. They can also be used as tools in therapy. For e.g.,if we can visualize anxieties and see them as peaks on a graph, these visualizations can help turn abstract feelings into concrete, tangible metaphors.

Multisensor research can provide not just objectivity but also granularity to the existing clinical systems and accelerate the search and use of biomarkers. It can aid researchers and clinicians alike, to better understand the disorders at hand, the individuals in front of them, to improve diagnostic tools and pave the way for individualized treatments.