N-back to Basics: Learning and Memory with the N-back Test 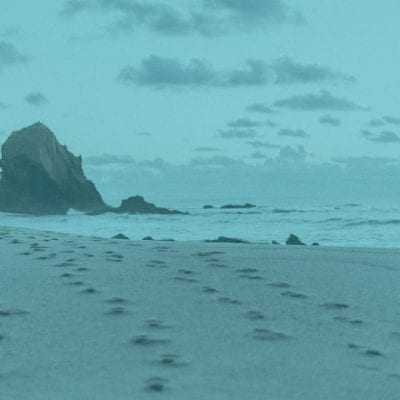 When little Henry Molaison rode out on his bicycle at the age of seven, he surely never saw his future as a central part of neuroscience. He rode his bike as any other seven-year-old did, and it ended with an accident. For the next twenty years he would suffer from epilepsy, mild at first, and then worse, and worse.

At the age of 27, Henry could no longer carry out his job as a mechanic, and a surgery was planned to stop the seizures. William Scoville, the surgeon in charge, removed the medial temporal lobes – quite literally sucking it out with a silver straw. This removal ultimately led to a complete destruction of the hippocampal tissue.

At first, the surgery appeared to be successful, and the epilepsy appeared abated. But something more dreadful took its place – Henry would never remember anything new again.

We now of course know the importance of the hippocampus in memory formation, making such surgeries unlikely today. But this is due to the very lessons taken from Henry as a case study, eponymously known as H.M. This truly was a sacrifice for science.

While H.M’s tragic fate was sealed, the fields of psychology and neuroscience benefited enormously for the near-perfect demonstration of the hippocampus’s involvement in memory.

The one thing that did survive, despite the damage, was H.M’s working memory – the way in which information is briefly (for around 20-30 seconds) stored and manipulated. It was clear from this that working memory is both an essential, yet separable, process in mental functioning. Having a way to test this, in an incisive and controlled way, is therefore critical to our understanding of the human brain. This leads us to the N-back test.

Just 5 years after H.M’s surgery, Wayne Kirchner published the first demonstration of the N-back test, a task in which participants have to temporarily memorize information from the past to inform them about the present.

The setup runs as follows: the participant is presented with a string of letters (it can be any form of information, but we’ll stick to letters for this example) and is told to state when the letter is repeated. In the simplest form, known as 1-N, the participant should report when they are presented with immediately matching information (such as “A” followed by “A”).

The “1” of 1-N refers to the position of the letter that the participant should attend to – how far back in the list they need to remember. Each letter is presented individually, so the participant has to keep the sequence in their mind to react appropriately to the next presented letter. If they are presented with the following list, they should indicate the letters that are in bold.

If the test was changed to 2-N, then the letters to indicate are different (two spaces apart), and shown as below in bold.

This task becomes increasingly difficult as the number of elements to remember increases, and the amount of cognitive processing also increases.

Dueling with the N-back

The use of the N-back test has been both for psychological research, and for brain training. While brain training remains a controversial subject, an adapted version of the N-back offers perhaps the best current hope for non-invasively improving intelligence.

In 2008, Susanne Jaeggi and colleagues reported that a dual N-back test – in which two different N-back tests (one visual, one auditory) are performed at the same time – could improve an individual’s fluid intelligence. We’ll go through what exactly this means below.

The dual N-back that was used by Jaeggi required that participants remember the visual position of squares on a grid, while also listening to letters that were spoken aloud. When either the squares or letters matched a previous presentation, the participant had to indicate that this had occurred. As the name suggests, this really is performing dual N-back tests. This, unsurprisingly, is a hard task to complete.

Fluid intelligence is the term used to refer to the ability to adapt our current knowledge to new situations – how we approach new tasks with what we know. This affects our ability to learn, and our ability to succeed, in cognitively demanding settings.

Finding a way in which to hone fluid intelligence (also referred to as “Gf”) could be a huge step in providing a non-invasive way to help people improve their cognitive abilities. The N-back test helps by seemingly allowing “transference” to take place. This is the phenomena by which learning one task helps learn another. Something that has not been robustly found with other brain training tasks.

It was hypothesized that the amount of training with the dual N-back test would increase an individual’s fluid intelligence, by increasing their working memory capabilities – transferring the abilities from one cognitive domain to another. And this is what has been reported, although not without controversy.

While this topic will remain in contention for some time, it’s the best current guess to improve intelligence – something that everyone desires. But how do we get there?

While the grand goals of upgrading memory might draw plenty of attention, the N-back task also exists as a standalone test of memory, and can yield great insights for psychological research. Any investigation into memory could benefit from defining, and measuring, the distinction between different memory forms.

Knowing what happens during this process is a critical question for understanding memory. Being able to record the cognitive and physiological processes that occur during this test is both a way to help answer with this question, and also a quick way to gain further insights about how individuals learn on a deeper level.

One of the simplest way to complete such a study is through iMotions – allowing you to combine the recordings of multiple psychophysiological sensors during the N-back test.

Furthermore, eye tracking recording can perform pupillometry measurements, which has been linked to the cognitive load placed on participants. Each of these data sources provides another way to interrogate how participants react to the stimuli, and can give crucial data about how they are learning. This could be particularly valuable when considering the effects on enhancing working memory, or fluid intelligence.

To set up the test in iMotions, this can be done with either the inbuilt survey function, or through integration with an external experimental platform (such as PsychoPy) via the API. This allows essentially any experimental paradigm to be arranged and performed within iMotions – giving you an easy way in which to run and sync vast amounts of psychophysiological data.

Participants can then view each presented piece of the N-back (letters, numbers, or anything else) and receive feedback for their progress within the task. This can be particularly crucial if the task is being completed with the aim of improving memory (or at least ability with the N-back), as reinforcement is critical for motivation. It will therefore help to let the participants know when they are improving.

A screenshot of iMotions running the N-back test. This image shows the instruction screen for a N-2 test.

The N-back test can be easily set up, and the recording from sensors are automatically synchronized together. This means that gathering new insights about the learning process from participants is only a matter of connecting individuals to the desired sensors, and then working with the data.

Overall, the N-back is an important and valuable tool for learning more about learning – particularly with regards to working memory. The tool has a long history of use and is easily set up. While some of the claims made about the test are subject to controversy, it’s currently the only psychological test that has been shown to offer some degree of transference for cognitive abilities. The test will undoubtedly be used well into the future, as an incisive method to investigate working memory. These tests could benefit from using a varied and integrative approach, ensuring that the N-back task continues to yield insights.

If you want to know more about how to use the N-back test in iMotions, or would like to learn about how iMotions can help your research, then feel free to contact us. We’ve also previously talked about other psychological tests, such as gaze-contingency tasks, and the Stroop test, check them out through the links!

I hope you’ve enjoyed reading our article about the N-back test! If you’d like to learn more about how to perform great research, then check out our free pocket guide below!