A Beginner’s Guide to Neuroscience 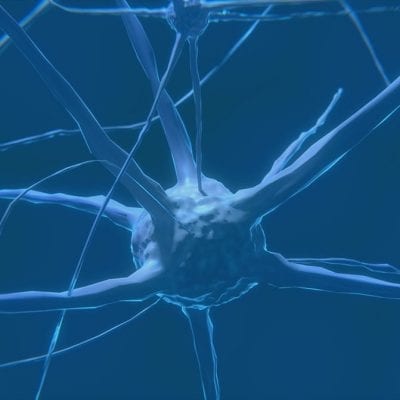 Neuroscience is the study of the brain. The brain is perhaps the most complicated and intricate system that exists – it processes and creates almost every aspect of our conscious experience. The brain isn’t merely another organ in our body – we are our brains. This all goes to say – it’s pretty important.

Modern neuroscience began around the end of the 19th Century with the discovery of neurons (more on that below), but the first documented study of the brain can be traced back to a hieroglyphic in ancient Egypt. A physician at that time noted down a list of head injuries, listed potential remedies, and created the first instance of the word for “brain”.

While it took a while to go from “brain” to “neuron”, the leaps in knowledge have been faster and more frequent since. Below, we will go through the main components of modern neuroscience.

Neuroscience is an amalgamation of medical, evolutionary, and computational disciplines, fostering a deeper understanding of how the more than the approximately 85 billion nerve cells in the human brain are born, how they grow, and interconnect to form human thoughts and actions.

The brain consists of several discrete parts: most notably the cerebrum, the brain stem, and the cerebellum. The cerebrum consists of six brain areas that span two hemispheres. Four of these areas can be seen from the external view of the brain (shown in the image above) – the frontal, parietal, occipital, and temporal lobes. The two other lobes, the limbic and insular lobes, are found within the cerebrum.

The outermost part of the cerebrum is called the cortex (or sometimes the neocortex). This contains a sheet of neurons that wraps around all the lobes of the brain, and is roughly 1.5 – 3mm thick.

Neurons are the principal communicators of the brain – they are involved in sending signals from one region to another, and ultimately triggering actions, encoding and retrieving memories, and creating the experience of being, well, alive. A dense collection of neurons are found within the cortex, and other areas within the limbic and insular lobes. Neurons send the messages, and a variety of other cells – called glial cells – support and facilitate this communication.

Some of the most crucial and well-studied parts of the brain are:

There are many other critical and fascinating areas of the brain that appear increasingly specialized, depending on how closely you look at them (for example, the “Grandmother / Jennifer Aniston” neuron), but going through each is beyond the scope of what we can cover here. The important thing to note is not so much where each action appears to arise from, but that each will be driven by multiple components of the brain – no thought or action is an island.

There are many different branches of neuroscience – everything from computational, to pharmacological, to molecular neuroscience and well beyond. Below we will explain two of the more common branches: cognitive and behavioral neuroscience.

Cognitive neuroscience is concerned with the scientific study of biological substrates underlying cognition and mental processes and addresses questions such as how psychological/cognitive functions are reflected by neural activity in the brain.

Check out: What is Neuropsychology?

The Nervous System and the Brain

The body is connected to the brain through a complex conglomerate of cells and nerves that transmits data back and forth between the brain, spinal cord, organs, and limbs.
The brain and spinal cord are considered to be the Central Nervous System (CNS), as they integrate all incoming information from sensors and effectors, and modulate the activity of the body.

Read more: An Introduction To The Sympathetic and Parasympathetic Nervous System

While the PNS is distinct from the CNS, there is a large amount of crosstalk between the two systems. It can therefore be informative to study the action of one of the systems in order to learn more about the other.

According to the Society for Neuroscience, the following “Neuroscience Core Concepts” are the essential principles of this fascinating discipline:

That’s not to say neuroscience hasn’t made an impact in the commercial applications; in areas like UX, Machine-human interactions, consumer behavior and neuromarketing. More and more commercial use cases are utilizing the power of neuroscience to gain a competitive advantage.

In summary, neuroscience tackles all questions concerned with the actions and operations of the brain – both before, during, and afterthought or behavior is completed.

Neuroscientists all over the world are constantly striving towards an increased understanding and knowledge of brain structures and function in conjunction with more reliable and valid research methods. The ultimate goal of which is to both provide a better understanding of who we are, while also enabling healthcare and medical science to develop new techniques and treatments to attenuate, counteract or even cure brain diseases such as Alzheimer’s or Parkinson’s.

While there are more neuroscience studies being completed today than ever before, we’re still at the very beginning of fully uncovering the magnitude of what the human brain is actually capable of.

At iMotions, we provide a framework for collecting multi-dimensional behavioral and cognitive biosignals in order to help decode the fascinating complexity of the human nervous system and allow you to answer the research questions of today and tomorrow.