Types of Eye Movements [Saccades and Beyond] 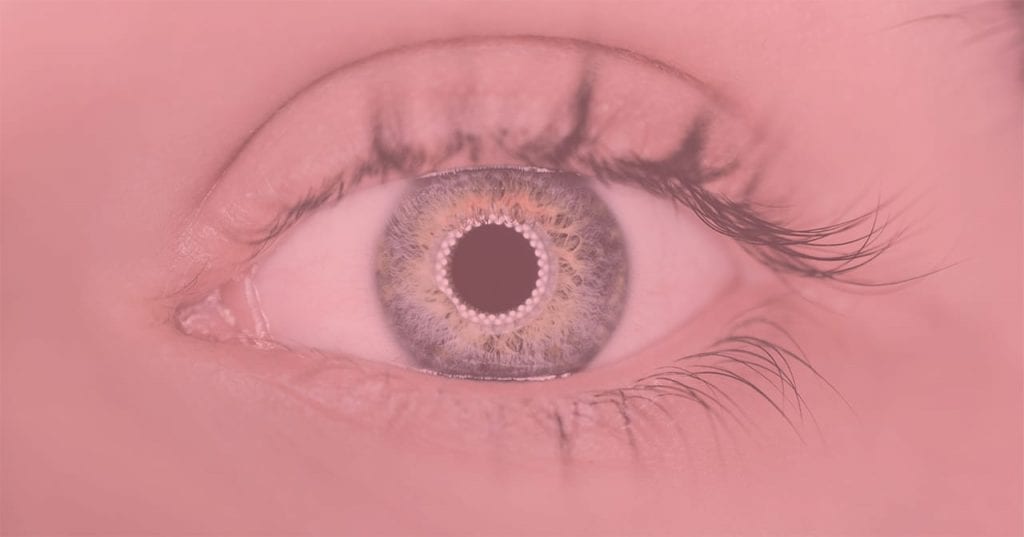 If we want to understand visual attention, then that best place to begin is with the eyes. Information about where we look conveys what we are attending to – what interests us within a given visual scene. But (if you’ll excuse the pun) the more you look, the more you’ll see.

Visual behavior consists of more than just gazes and fixations. While this might be the only aspect of eye movements that are of interest to you and your research question, having a more complete understanding of how the eyes work can also provide you with a better understanding of the data that you collect.

To provide you with a more complete understanding of the visual system, we have outlined below the five different types of eye movements, with explanations for how they work. Each of these visual behaviors can be captured by the appropriate type of eye tracker, allowing you to understand visual behavior in the way you need.

Saccades are rapid eye movements that allow us to quickly scan a visual scene. The eye focuses on a position for only a brief moment, before quickly jumping to the next. It’s what your eyes do during the REM (Rapid Eye Movement) stage of sleep, and it’s also what your eyes are doing right now as you read this.

Interestingly, the saccades we produce when reading often mean that each eye looks at a slightly different part of the word. The behavior of the eyes when reading was originally thought to involve the eyes working in perfect synchrony (hence the wealth of research that only looked at one eye), yet this does not appear to always be the case.

A study by Blythe and others in 2006 [1] looked at how our eyes focus as we make saccades during reading. They found that more often than not, our eyes focus on areas slightly apart (40% of the time this is by a distance of one character or more). This reinforces the idea that if we are to investigate visual behavior during reading, both eyes need to be considered.

Saccades can be carried out voluntarily (try looking at one position and then adjusting your gaze to a position nearby – a saccade will carry out the transition), but they are largely done automatically. They are also carried out even if you are trying to hold your gaze at a single spot – a fixation is mostly just a series of saccades that are within a narrow area.

These small movements also serve another purpose. As our eyes contain a blind spot where the optic nerve sits (where there are no vision receptors), the saccades allows the receptors next to the optic nerve to be exposed to the visual scene, meaning that the blind spot isn’t blind for long. This action, coupled with the brain’s powerful predictive capabilities, means that we are rarely able to notice the blind spot (and even then, usually only with concerted effort).

In addition to saccades, microsaccades have also been reported as a subtype of saccadic eye movement. These movements are much shorter in the distance that is covered compared to normal saccades, at around 15 arcminutes (an arcminute is an angular measurement: 15 arcminutes of the visual field is about the width of one character of text at arm’s length [2])

Contrary to the rapid, jerking movements of saccades, smooth pursuit visual behavior involves the eyes tracking a stimulus in a linear fashion. While it is possible to consciously carry out this action in the presence of a stimulus, very few people can move their eyes in this way without something to focus on.

Vergence is concerned with the ability of the eyes to focus on different objects in the 3D world. It involves the eyes moving in synchronously opposite directions (e.g. more left and more right), to allow them both to point at the same position in a visual scene.

The two types of vergence are convergence (in which the eyes point closer together), and divergence (in which the eyes point further apart). Convergence allows us to focus on objects close by, while divergence allows us to focus on objects that are further away. This is also helped by adjusting the shape of the lens and pupil. The combined movement of ocular vergence, lens shape and pupil size to focus is known as the accommodation reflex [5].

If this process didn’t occur, we’d only be able to move our gaze direction by moving our head (much like the owl, whose eyes are essentially immobile [6]).

Interestingly, this process continues to work even in the dark – showing that this process is controlled not by the perception of light but solely by the vestibular system.

Despite their intimidating names, these two forms of eye movements aren’t so complicated. The optokinetic response and postrotatory nystagmus are in essence reflexive combinations of saccadic and smooth pursuit movements, that are also controlled by the vestibulo-ocular system. They are also, perhaps surprisingly, unique and normal types of eye movements.

The optokinetic response is a small movement of the eyes that track a stimulus. This often occurs when looking at a moving object that then moves out of the visual field. Think of looking out of the window when in a car – it’s possible to track the objects, but as they move out of the visual field, your eyes can make a corrective, horizontal jump to return to their original position [8].

Postrotatory nystagmus is what happens if you spin around in one spot too much. The eyes, compensating for the rapid movement, begin to move in the opposite direction to travel. This is also a phenomena that occurs in the absence of light, showing the involvement of the vestibular system in initiating this movement. Both of these eye movements are forms of nystagmus, although not pathological (they are present in normal eye movement behavior).

I hope that this article has provided you with a stronger background from which to understand eye movements. If you’d like to learn more about eye movements and the technology that can be used to measure them, then download our free eye tracking guide below.