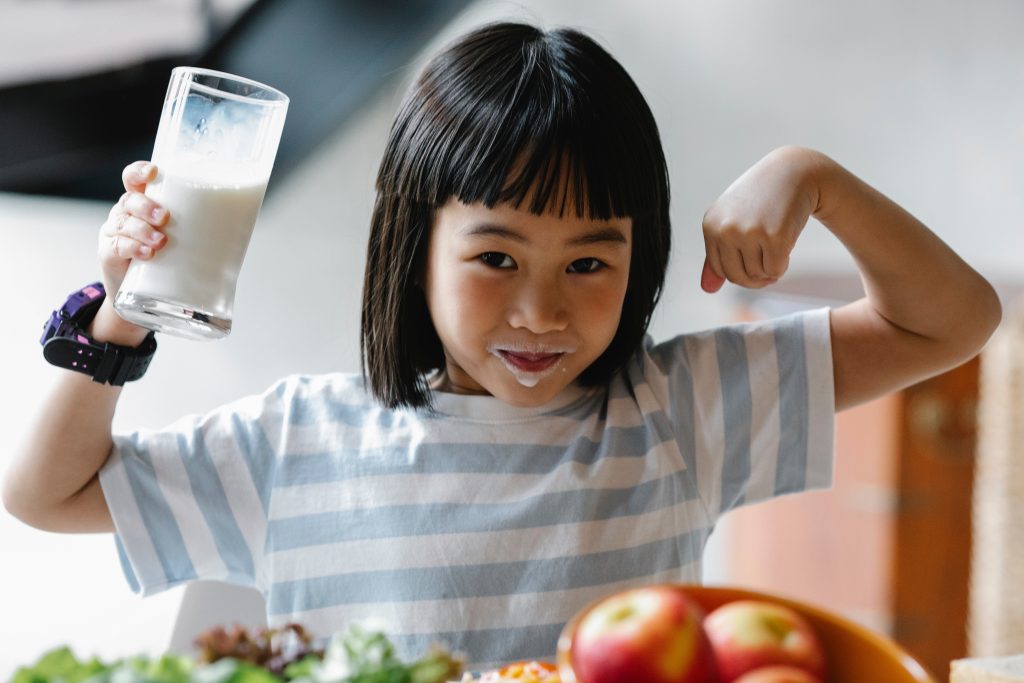 Time for another guest blog! This time we would like to share a great success story from the Norwegian University of Life Sciences.  Master student, Åse Riseng Grendstad, graduated with high honors from her program: Food Science with a specialization in production and development of food.  Through her thesis project she was able to access state-of-the-art lab equipment to test the effects of packaging on children, to help them pick the healthier product.

In this article, we had a chance to chat about her project and how her results have inspired further research into this field, powered by iMotions.

Could you tell me about your lab, and what it does?

My master thesis was written for Nofima AS for the Department of Innovation, Consumer and Sensory Sciences. The department has a goal to increase the value creation for food manufacturers and to contribute to a more healthy and more sustainable society.

The study is closely linked to the ongoing European research project Edulia. Edulia is a Marie Skłodowska-Curie ITN project funded by the European Union (EU), where the goal is to find new ways to deal with an increasing challenge with obesity in the world. The project will help to promote a healthier diet from childhood based on the relationship between sensory perception, food choice and behavior.

The license for the software (iMotions) was financed by Vitenparken Ås and Nofima AS. Vitenparken is a knowledge-and-experience centre where technology, food and research are in focus. Vitenparken has programs for children in kindergarten and school, that deal with everything from coding and programming, to sensory science and cooking.

What were you responsible for?

Before completing the study, I had to learn how to use biometrics (biosensor) equipment. Half a year prior to the study, I began to use the equipment to prepare the experiment. Prior to the experiment, three pilots were conducted with children in the relevant age group to ensure that the children understood the test and could complete it on their own. It was decided to make a short demonstration movie to show the children when they should taste the chocolate milk. The movie included a fixation point to make sure that the children focused on the screen after tasting.

Forty-eight children who were 9-10 years old answered a questionnaire about attitudes and consumption of chocolate milk and took part in a product test where biometrics were combined with direct methods for product assessment.

After the data collection I performed statistical analysis of the biometric data and interpreted the results. My supervisors have been available for supervision in all phases of the project: Senior Researcher Paula Varela-Tomasco and PhD Student Martina Galler.

What kind of biosensors do you use in your research?

Galvanic skin response, an eye tracker and face reader (Facial Expression Analysis) were used. In the product test, the children assessed different chocolate packages for expected acceptance (liking scale) and perception of healthiness (scale). At the same time as the children looked at the package, their visual attention was tracked with an eye tracker.

Check out: Introduction to Multi-Sensor Research

In addition, the children were asked to show a facial expression related to their feelings when they tasted the milk (explicit facial expression). During the product test, changes in sweat production were measured (GSR) in order to study emotional responses to the chocolate milk.

Why is the use of biosensors important in your research?

The goal of my research was to investigate if the biosensors would give more information about consumer acceptance than traditional consumer tests.

As many as 80% of new products fail the market despite the fact that the products have undergone several sensory and consumer tests (Wijk et al., 2012). This indicates that traditional sensory and consumer tests are too limited to be able to predict consumer acceptance of new products. In order to increase the probability that a new product will succeed, consumers’ needs must be mapped at an early stage of product development and further in the process.

Consumer tests are often based on self-reporting, which means that the consumer makes underlying conscious and rational decisions. Furthermore, several studies have reported that the consumer’s choice is not driven by rational and well-thought-out mechanisms but rather by automatic and ill-thought-out mechanisms. (Dijksterhuis & Smith, 2005; Kôster, 2009; Wijk et al., 2012).

Check out: How Biosensors are used in product development

In order to be able to map the underlying causes of the eye movements, it is necessary to combine the method with other direct methods such as scales or verbal questionnaires. Face decoding can be used to link emotions evoked by different foods to product acceptance. Several studies with infants have reported a correlation between negative facial expressions and low acceptance (bitter taste), and positive facial expressions and high acceptance (sweet taste) (Forestell & Mennella, 2017; Steiner et al., 2001).

Furthermore, measurement of galvanic skin response has also been used to reflect emotion-related aspects of brand acceptance (Walla et al., 2011). There is so far little research where galvanic skin response has been measured to study children’s physiological responses to food, and the studies do not have conclusive findings (Wijk et al., 2012). There are also few studies where eye tracking and face decoding have been used in consumer tests with school-age children.

Children are an attractive target group as the establishment of product / brand relationships at an early age often leads to repurchase and loyalty (Haryantoa et al., 2016). It is also important to gain a greater understanding of factors that influence food choices in children so that one can help promote a healthier diet from childhood.

In this study, direct measurements (acceptance, healthiness and attitudes) were compared with indirect measurements (biometrics) in consumer tests with children in a case study with chocolate milk. The aim was to gain a better understanding of children’s acceptance and healthiness perception that are influenced by intrinsic (taste) and extrinsic product attributes (packaging).

How do these tools help you to answer your research questions?

The eye tracking worked well in that it provided more information about the motives behind the assessments of acceptance and perception of the health of chocolate milk. The GSR measurements showed no significant effects between the various chocolate milk samples and this can, as previously mentioned, be due to several reasons.

As biometric equipment has been little used in consumer tests with children, further research is needed to study the relationship between unconscious mechanisms and consumer acceptance. Both the product test itself and the data processing of the biometrics data before statistical analysis were very time-consuming to carry out. Technological development and more knowledge about biometrics will probably make it easier and less time-consuming to carry out such consumer tests in the future.

How has iMotions helped your research?

iMotions has excellent customer service with very short response time. I always got help from them the same day that I needed help and always interacted with me in a friendly- helpful and positive way. I had several personal video sessions with iMotions where they showed me different ways to use the software. I would recommend others that plan to conduct research with biometrics to use iMotions.

What do you think the future of human behavior research looks like?

On behalf of iMotions we extend our warmest congratulations to Åse Riseng Grendstadon the successful completion of your studies and awesome research at the Norwegian University of Life Sciences. We are happy to extend our customer services to our clients and their students to achieve academic excellence. We look forward to the extended publication of this study by Senior Researcher Paula Varela-Tomasco.