An Introduction To Visual Perception 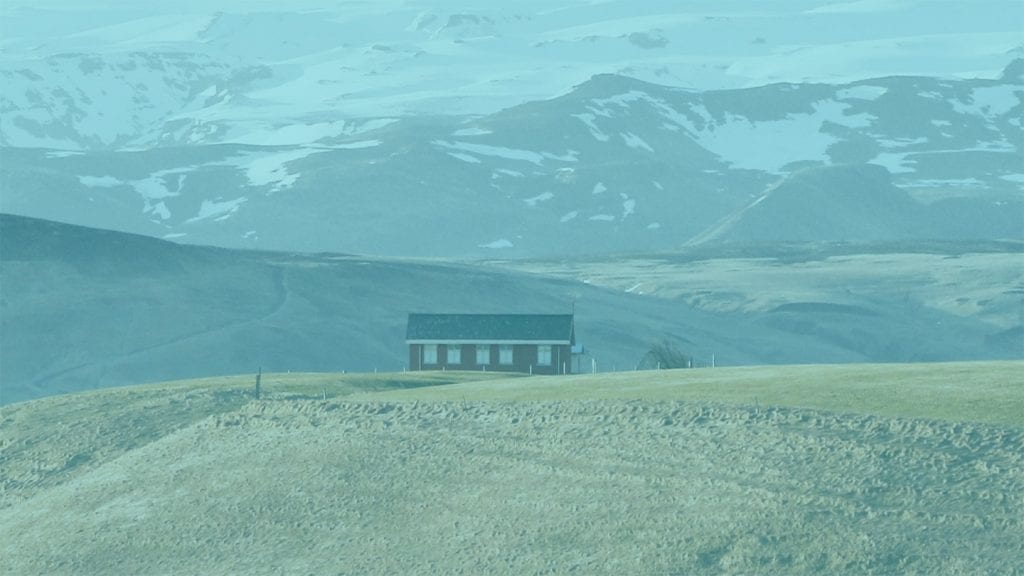 Think of a scenic photograph of a house on a hill. Do you have one in mind?

Now imagine altering the contrast or even the color; you can still determine and make sense of what is in that photo. The house on the hill still looks like a house on a hill. However, if you take the same image and alter the objects and their orientation to each other, then this fundamentally changes what you are looking at. We tend to think of visual scenes in terms of colors and lighting; however, it is the objects and their contours in relation to each other that is of greater importance.

Fortunately, the human visual system makes a coherent picture of the world by delineating shapes and their inter-relations with other objects (i.e. how objects are positioned relative to each other). In 1935, Kurt Koffka stated that if individually oriented elements are aligned or organized collinearly, our visual system perceives these separate elements as belonging together [1].

What Koffka described is what is known as “good continuation” – where our visual system perceives these individual elements as a group, when they share features. These guidelines or “laws” of visual perception are the fundamentals of a field of study called Gestalt Psychology.

Gestalt researchers are interested in how the pieces of an image make the whole. Not only do these scientists study parts of a scene, but the lines, edges, and symmetry, as well. Believe it or not there has been great effort by researchers to understand human perception in terms of Gestalt since the 1890’s. There are entire studies and bodies of literature dedicated to understanding Gestalt principles and how we interpret and find contours. The Gestalt Principles can be found in the images in Figure 1.

By quickly glancing at the images in Figure 1 our brain automatically fills in the missing pieces for the closure example (a), and we can determine the figure from ground (b). The human visual system is quick to group images together without us even needing to think about it.

How does the brain process this information so that it follows the Gestalt principles?

First, let’s go through the process of sight: Light passes through the eyes – first through the cornea, past the lens to the retina where the light is translated by receptors at the back of the eye into electrical impulses. The optic nerve then transmits this electrical information to the visual cortex.

Hubel and Wiesel [2, 3] (later Nobel prize winners) were the first to report this through their experiments with single cell recordings (in cats). They found that single neurons would only send a signal when a very specific orientation of a line was presented to the eyes – if the line was in a slightly different orientation, the neuron would not respond. Once these orientation-sensitive, or “tuned”, neurons talk to each other they help build up our visual perceptions of a cohesive world. The signals for different lines add up to a complete picture that is what we can see.

Studying contours – the very lines that our visual system perceives – has included the implementation of multiple research methods.

Gabor patch contours, as shown in the image above, are often used as stimuli in vision science as they are thought to be rough estimates of what V1 orientation-sensitive cells respond to (see Figure 2). Gabor patch images are made from sinusoids, as shown in Figure 3, but the lines are normalized.

Figure 3. Image of a sinusoid.

Gabor patches look like black and white blobs but are in fact useful in research as they can be oriented in any direction, be made large or small, or even have their contrast varied in order to test how the visual system responds.

Gabor patches are quantifiable and can be altered according to experimental requirements including being a single stimulus, or a contour hidden in visual noise which make them more difficult to find (see Figure 3).

This is where psychophysical studies really come into play, and where we can begin to understand where the limits of human visual perception lie. Researchers have used various tasks to ask questions not only about our visual processing of lines, but also about how well we can perceive contours in noise.

One simple way to understand if people can find a contour in “noise” (see Figure 4) is to allow them to trace the contour with their finger (e.g. [4]) or asking people to choose between closed or open contours [5]. Understanding how this visual ability develops in infancy has been conducted via forced choice paradigms, where the participant has to decide where the contours are positioned [6, 7].

“So what?” you might ask as we can all see contours, lines and edges without a problem when we open our eyes. The practical understanding of the importance of contour detection comes when we can understand what happens when contour detection doesn’t develop, as has been revealed in animal studies [8]. Understanding how the visual system works allows scientists to develop solutions to the problems that occur when it doesn’t.

In conclusion, our visual system is well-equipped to appreciate contours and their orientations. Through Gestalt principles scientists have noted that the human visual system automatically groups things together in order to make a cohesive picture of the world. By breaking down the fundamentals of a visual scene by means of contours, Gabor patches, and beyond, we can investigate the neuroscience of vision – and understand what leads to us being able to appreciate a scenic house on a hill.

I hope you’ve enjoyed reading about some of the processes of visual perception – if you’d like to learn more about the central methodology used to study visual processing, download our free guide to eye tracking below.