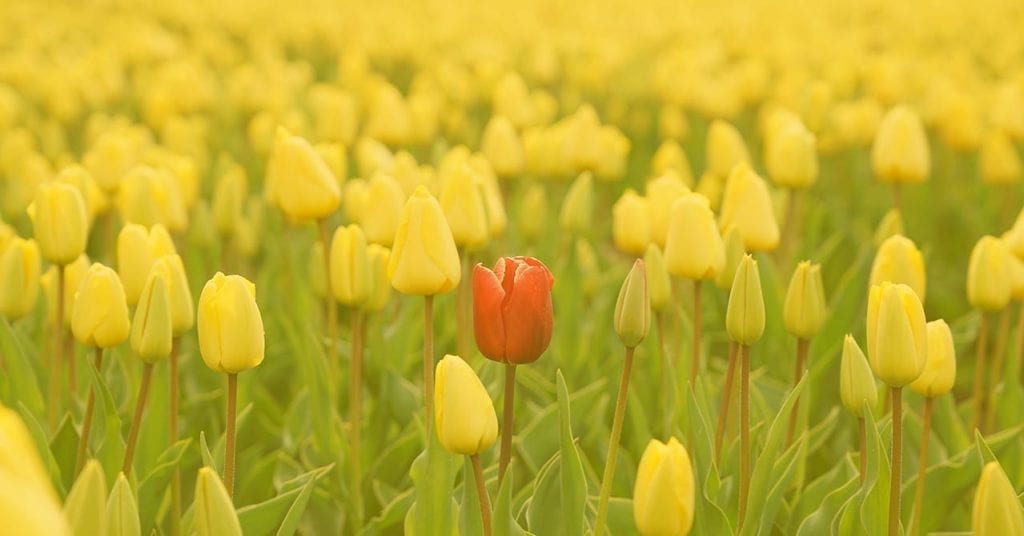 Saliency is defined as any item that is distinct from those around it. While frequently investigated in a visual context, salience is also investigated with auditory, tactile, or other sensory stimuli. It essentially boils down to, when a stimulus is distinct, we pay more attention to it.

A variety of factors can lead something to be “salient”. Generally, those factors fall into three categories: Properties of the stimulus itself, how the stimulus fits with its context, and the internal cognitive state of the observer.

The sensory properties of a stimulus can greatly influence how salient that stimulus is. Brightness, loudness, size, and so on can all lead an object to be more likely to be noticed, and potentially more memorable. A four-door family car may not be particularly salient, but a brand-new, high-end sports car with a loud engine is likely to turn heads.

The context of the stimulus is also an important determining factor for how salient the object is. The same souped-up sports car from the example above may be very distinct and memorable in the parking lot of the local grocery store, and it may go totally unnoticed among all the other cars at a racing championship.

The reasons for why something is salient are also more than whether or not it is the brightest, loudest, or biggest – saliency also depends on the person. Emotions influence how we evaluate the world – and if we see something that is personally relevant or important to us then we’re more likely to attend to it. That sports car may not appear distinct from other cars at the racing championship, but if you are driving in that championship, your prized vehicle will likely stand out to you quite easily. When a stimulus has personal relevance for us, it can receive priority for cognitive processing. In this way, our own internal thoughts and feelings can assign salience – or lack thereof – to objects, people, or ideas.

Consider the Cocktail Party Effect – you’ll hear your name in a crowd of conversation because it is personally relevant to you, and filter it out despite all the other noise. Another example is if you’re arachnophobic – you’ll likely be quicker to respond to a spider than someone who isn’t afraid of spiders.

Understanding how objects are salient is also more than just understanding what’s most significant to an individual – it’s also about understanding how our attention is captured and kept. This is important for developing an understanding of human behavior and psychology, but the answers can also impact how we develop advertising campaigns, design user experiences, or even create new products.

Psychologists have used such an approach with EEG and pain-inducing stimuli in order to help further understand how chronic pain is dealt with [1]. The researchers found that different methods of coping with pain were impacted by the way in which the salience was changed. This could potentially lead to better treatments for people suffering from chronic pain.

Salience is further discussed in a therapeutic context [2], with researchers finding that the salience of a phobic stimulus may increase based on the emotional state of the individual. This emphasizes the importance of evaluating the emotional response of an individual when treating phobic reactions.

The importance of context on salience has been demonstrated in a number of ways. A classic example is the “Oddball Paradigm” [3], in which a repetitive series of similar stimuli are shown to the respondent, with an occasional “oddball” included in the series. For example, someone may see a series of yellow triangles presented to them, with an occasional red square (the “oddball”) breaking up the sequence. Detection of those “oddballs” can be measured using techniques such as EEG or fMRI.

Our emotional responses also play a critical role in how “salient” a stimulus or experience is for us. A classic example of this is the “Weapon Focus Effect” [4], in which study participants were less likely to remember the details of a convenience store interaction if one character was holding a gun, rather than a neutral object. This effect has been broadened and defined as an “emotion-induced memory trade-off”, where emotional – and therefore salient – objects are attended to and better remembered, at the expense of their surrounding contexts [5].

Ambler and other researchers [6] used brain imaging to understand how consumers purchase decisions were impacted by the salience of items. They found that the location of the product on a shelf could impact intentions to purchase, with closer (and therefore more visually salient) items being chosen more often than those further away. They also found a similar effect with the familiarity of the brand.

Research has also shown how purchasing decisions can be shaped by the saliency of the pricing information. Min Kim [7] found that potential purchasers were less likely to buy when the pricing of items was segregated (e.g. the item and shipping were listed separately), rather than integrated (e.g. the item and shipping were shown as a single cost). Additionally, they found that an increased saliency of the smaller payment could increase the intention to buy even further for integrated costs.

Other researchers have emphasized the importance of methods such as eye tracking to deliver objective insights about the saliency of advertising [8, 9]. It is clear that being able to control the saliency of information to the potential purchaser can be a powerful tool for the neuromarketer.

Eye tracking has been used to evaluate how users navigate across a website. Researchers were able to modulate the visual saliency of items in order to improve the likelihood that users would follow certain desired routes (e.g. to improve the efficiency of search engines; [10].

These are just some examples of the importance of understanding saliency, and how this research can further progress in various fields. To learn more about different aspects of human behavior, download our free human behavior guide below.