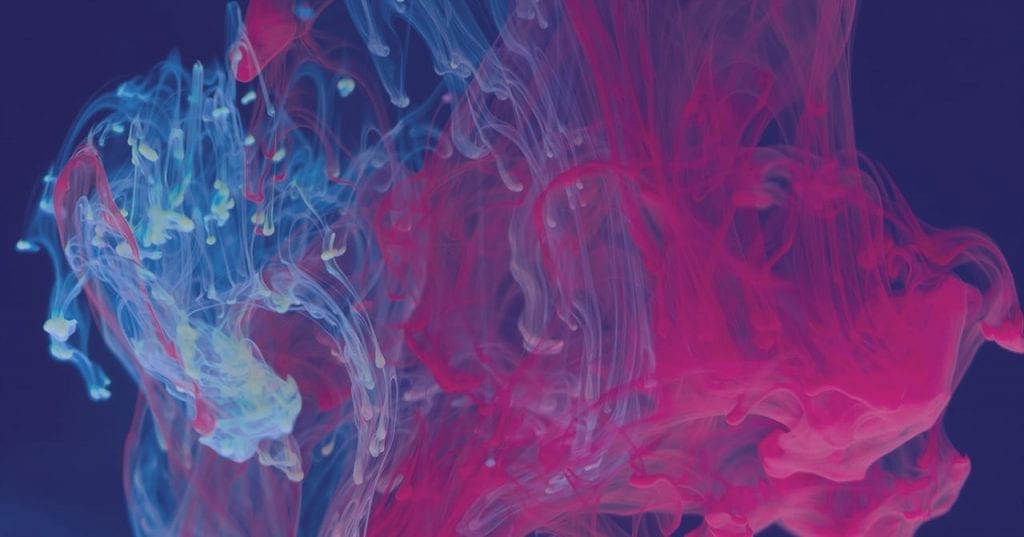 Not only do our emotions guide our cognitive processes and facilitate memory, but our conscious beliefs also shape our perceptions. For example, mere knowledge of the price of wine has an impact on how much it appeals to our senses and how much pleasure we derive from it (1). The human mind is more complex than Systems 1 and 2 can capture, and psychophysiology provides us with valuable tools to study the processes that may not be available for conscious reasoning.

When presented with the topic of biometric research, people would most often associate it with behavioral neuroscience. However, when we study electrodermal activity, heart rate variability, or even prefrontal asymmetry, a more accurate term to use would be psychophysiology.

Psychophysiology refers to a top-down approach in neurosciences, with a focus on how psychological, social, and behavioral phenomena are related to and revealed through physiological events and principles (2). In other words, when we measure respondents’ skin conductance responses or any physiological response for that matter, our focus is not on isolated components of the body, but rather on the interaction between the person and the environment, assuming that this information can shed some light on the human mind.

Psychophysiology views the mind as having a physical substrate, and as it offers tools for mining information about nonconscious and non-reportable processes, it can substantially contribute to our understanding of cognition, emotions and behavior (ibid). An interesting demonstration of physical substrates of emotion are related to the topic of affective blindsight, where patients with damage to the primary visual cortex are unable to report any visual stimuli, but react reliably to their emotional valence (as measured with fMRI and EEG) (3) and even mimic the facial expressions that they are exposed to (4).

Psychophysiology is undoubtedly a broad field where each approach carries with it important methodological considerations as well as a wide body of literature. Rather than digging deep into various methodologies, the aim here is to present some overarching principles and examples related to this fascinating discipline.

When talking about something as complex brain, it is helpful to refer to MacLean’s ‘triune brain’ concept and distinguish between three evolution-based layers – the reptilian, the mammalian and the primate brain (5). The reptilian brain, oldest with regards to its evolutionary origin, controls survival activities like breathing, heart rate and balance (6).

The mammalian brain is layered over the reptilian brain and consists primarily of a system of brain areas referred to as the limbic system. It evolved to respond to mammalian evolutionary pressures, and as described by J. Panksepp, includes various emotional systems, each with a distinct ‘wiring diagram’. The four fundamental emotion systems that appear shortly after birth in all mammals include seeking, fear, rage, and panic, and as the mammal develops, also lust, care, and play systems come online (7). In line with the evolutionary conditioning, the limbic system would rather be ‘safe than sorry’, which explains why fear-relevant or otherwise salient stimuli capture immediate attention and trigger automatic bodily responses (8).

The limbic system also plays a major role in human emotions and its effects are evident in relation to regulating valence and salience. Similarly to how hungry people find food-related cues more salient and positively valenced, people with addictions have more positive evaluations (9) and heightened responsiveness towards drug-associated stimuli (10). However, wanting is not always coupled with liking, especially when it comes to addictions. The anticipatory component of reward (wanting) refers to incentive salience, whereas the consummatory component (liking) is related to hedonic impact. These components of reward are in fact dissociable at both psychological and neurobiological levels (11).

The primate brain, also called the neocortex, developed most recently in our evolutionary history. Not only does it control expressions of emotions that originate in the limbic system, but it also allows us to adapt to dynamic environments and socialize using a more nuanced emotional repertoire. Our complex cognitive, linguistic, motor, sensory, and social abilities all originate from the processes of this outer layer of the cerebrum (6), yet these higher level processes are still influenced by underlying emotional systems and bodily processes.

Damasio’s somatic marker hypothesis (12) proposes that complex human reasoning and decision-making are guided by emotional processes. More specifically, higher level processes are influenced by marker signals that arise in bioregulatory processes and express themselves in emotions and feelings. In line with this theory, Bechara and Damasio also proposed a neural theory of economic decisions, according to which emotional systems provide valuable implicit or explicit knowledge for making fast and advantageous decisions (13).

The premise  that both explicit and implicit knowledge can impact higher level processes indicates that we do not have conscious access to everything that is going on in our mind. In fact, almost all cognitive tasks, as well as vision and working memory have both conscious and nonconscious, or reportable and non-reportable components. The concept of consciousness is closely linked to controlled and automatic processes, where the former can be described as serial and effortful and the latter as parallel and effortless (14).

Over the last decades and after the publication of D. Kahnemann’s best-selling book ‘Thinking Fast and Slow’ this dual-process typology has rapidly grown in popularity. Critics of the two-system theories, however, point out that such frameworks lack empirical support, contradict well-established findings and are internally incoherent (15)(16). Another argument against the dual process typology is that it is not possible to link together all the attributes associated with Systems 1 and 2, respectively (17), and there is also plenty of evidence for various misalignments between different processing features (16).

Furthermore, a neuroimaging study focusing on choices and strategic preferences in a decision making task revealed that heuristic-based simplified choices were associated with higher-order cognitive brain systems, whereas deliberative choices that maximized gains or minimized losses were associated with lower-order, emotional systems (18). These results are contrary to the predictions of dual-system theories, thereby suggesting that the framework may be oversimplified or even misleading (19). Thus, we should beware of inferring that there are necessarily just two systems. The human brain is is likely to be more complex than that.

What has psychophysiology taught us?

To recap, psychophysiology is based on looking at organismic-environmental interactions, and the focus is on higher cognitive processes, which in turn are affected by emotional systems. How then has psychophysiology contributed to our understanding of the human mind?

First of all, we know that selective attention generally leads to conscious awareness, which in turn enables learning and formulation of episodic and declarative memories. Various studies have shown that increased emotional arousal at the time of an event leads to stronger memories – it applies for frightening video clips (21) but also to arousing words (22).

Defining attention as the ability to select information for cognitive purposes, we can distinguish between voluntary and automatic attention, which in the real world are generally mixed. Voluntary attention is involved in preparing and applying a goal-directed selection of stimuli and responses, whereas the system of automatic attention is specialized for the detection of behaviorally relevant, salient and unexpected stimuli (6). In line with that, it has been shown that in the earliest stages of visual system we cannot discriminate between large letters of T’s and L’s, yet under the same conditions we are able to detect animals or vehicles from novel scenes (23). Furthermore, when presented with the task of visual search, participants find objects such as spiders or snakes much faster than flowers and mushrooms, suggesting that there is parallel search for fear-relevant targets and serial search for fear-irrelevant targets (24).

Aside from objective environmental cues, our memories and subjective beliefs also impact how we perceive and respond to various stimuli. A famous study comparing neural correlates for Coca Cola and Pepsi consumption found that exposure to the Coke brand triggered activation in brain areas that are associated with biasing behavior based on affect (25). Similarly, when people are made to believe they are consuming a more expensive wine, not only do they report it as tasting better, but also the brain regions that encode experienced pleasantness are more active (26).

As previously mentioned, psychophysiology studies the mind as having a physical substrate, and as the technology and research develop, so will also the depth and breadth of insights. An EEG study from 1990 could already tell us that viewing genuine (Duchenne) smiles as compared to pretended smiles, triggers a stronger approach motivation (27). More recent applications of EEG have demonstrated that we can also use it to predict various forms of behavior, such as consumers’ purchase decisions (28), willingness to pay (29), and even the box-office performance of movies (30).

Are you interested in reading more about one of the methods that psychophysiological research employs? Download our free pocket guide to EEG.