The Neuroscience of Human Empathy 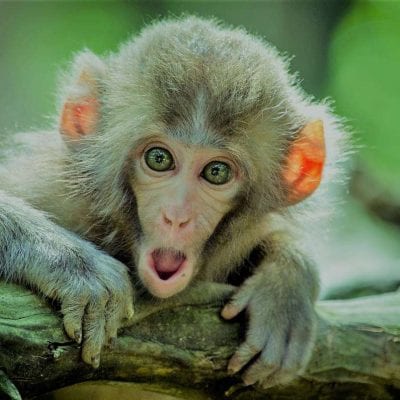 “We are social beings. Our survival depends on our understanding the actions, intentions, and emotions of others. Mirror neurons allow us to understand other people’s mind, not only through conceptual reasoning but through imitation. Feeling, not thinking.“

Empathy is crucial in social life. It’s the ability to recognize, understand, and share feelings with one another. This ability to go beyond ourselves and see others’ perspectives motivates and helps us cooperate and build relationships within our communities and society as a whole.

How we perceive other people’s emotions automatically through empathizing has been an intriguing question in the philosophy of mind, and more recently in neuroscience and social cognition studies.

Content:
Human Empathy, The Mirror Neuron System and EEG
How can we study empathy – “Mu Wave”
Research implications of the Mu Wave

A milestone was achieved in the study of empathy about twenty years ago, when neuroscientists from the University of Parma, among them Giacomo Rizzolatti, discovered a cluster of neurons in the monkey brain that fired when the monkey was both the actor and the observer of the same action (di Pellegrino et al., 1992). It was surprising that motor neurons once thought to be responsible only for one’s own actions were also active when observing the action in another being.

The researchers termed these kinds of brain cells “mirror neurons,” to credit their mirroring characteristics. Similar findings were repeated in human studies, showing a sophisticated mirror neuron system present in all of us.

The findings showed that when we observe someone do a goal-directed act, the motor neurons which map exactly the same muscle groups we would use if we were to do the same movement, increase in excitability, meaning they become active.

In the authors’ Vittorio Gallese and Alvin Goldman’s words, “every time we are looking at someone performing an action, the same motor circuits that are recruited when we ourselves perform that action are concurrently activated” (Gallese & Goldman, 1998, p.3).

The researchers proposed that the function of such a mirror neuron system is to detect the mental states of other organisms in the environment by simulating their movements. Vittorio Gallese then developed a theory that proposes the mirror neuron system as a mechanism for empathy. The simulation theory of empathy suggests that mirror neurons enable us to simulate another’s action, which leads to being able to understand one’s intention behind their overt behavior, to imitate them, and finally to empathize with them.

How can we study empathy – “Mu Wave”

Read more: What is EEG (Electroencephalography) and How Does it Work?

Researchers discovered that a specific alpha rhythm on specific regions of the brain probably indicates mirror neuron activity. This rhythm called the “mu wave” is observed whenever a person is physically and mentally at rest (Pfurtscheller et al., 2016). The mu wave becomes suppressed when the person is asked to do any movement. Interestingly, the mu wave also disappears when the person observes someone else executing that action, showing the mirroring characteristic (Muthukumaraswamy, Johnson, & McNair, 2004).

A meta-analysis by Fox and colleagues (2016) found that 85 studies that measured the mu rhythm had significant effect sizes for mu activity suppression during action execution and observation, concluding that using mu suppression is a valid way at least to probe mirror neuron activity in these specific paradigms. Supporting this conclusion, another robust finding of the mu rhythm emerged from autism research.

Quite a few studies showed that people with autism spectrum disorders do not show mu suppression while engaging in action observation and empathizing tasks, similarly to previous findings on abnormal mirror neuron activity in this population (Bernier, Dawson, Webb, & Murias, 2007)). For instance, in a highly cited paper, researchers documented that subjects with autism spectrum disorders did not show mu suppression while observing hand movements, whereas healthy controls did (Oberman et al., 2005). The lack of mirror neuron activity was found to be prevalent especially towards unfamiliar people for autism subjects. Healthy controls showed mirror neuron activity towards any person, familiar or unfamiliar.

Research implications of the Mu Wave

In an applied perspective, mu rhythm can be used in interesting and novel ways, such as to quantify social identification towards a character in an ad, a TV series, or a movie. In fact, one of the earliest descriptions of the mu rhythm came from a study that demonstrated exactly this cinematographic identification effect (Gastaut & Bert, 1954). The researchers theorized that the mu rhythm may be an index showing how much an observer relates to an observed act. For instance, donation and social cause campaigns could be tested for their effectiveness in terms of how much relatedness they elicit in viewers.

There is also promise in development with Brain-computer interfaces (BCI) for those severely paralyzed or disabled to be able to communicate and move better with machines. The ability to mimic movements in this region of the brain that can be read by biosignals communicating with the hardware, could help with mobility, machinery, and robotics (Pfurtscheller,Gert & Neuper, 2010). Though this technology is in an experimental phase, its applications can be used in other disciplines of human-machine interactions such as VR gaming, simulations, physical therapy, psychology, social sciences, and other neuroscience disciplines.

In conclusion, the workings of mirror neurons in humans and the discovery of the mu wave to study empathy are striking milestones in social neuroscience. Even though the initial discoveries in the last couple of decades are impressive, there are many unanswered questions in this area. For instance, to what degree are mirror neurons dysfunctional in populations that suffer from problems with mentalizing and empathy, such as in severe autism, narcissistic and psychopathic personalities? What treatments and interventions can be used to boost mirror neuron activity, potentially to increase empathy? These questions call for more research in this promising field.