The Future of Therapy – VR and Biosensors 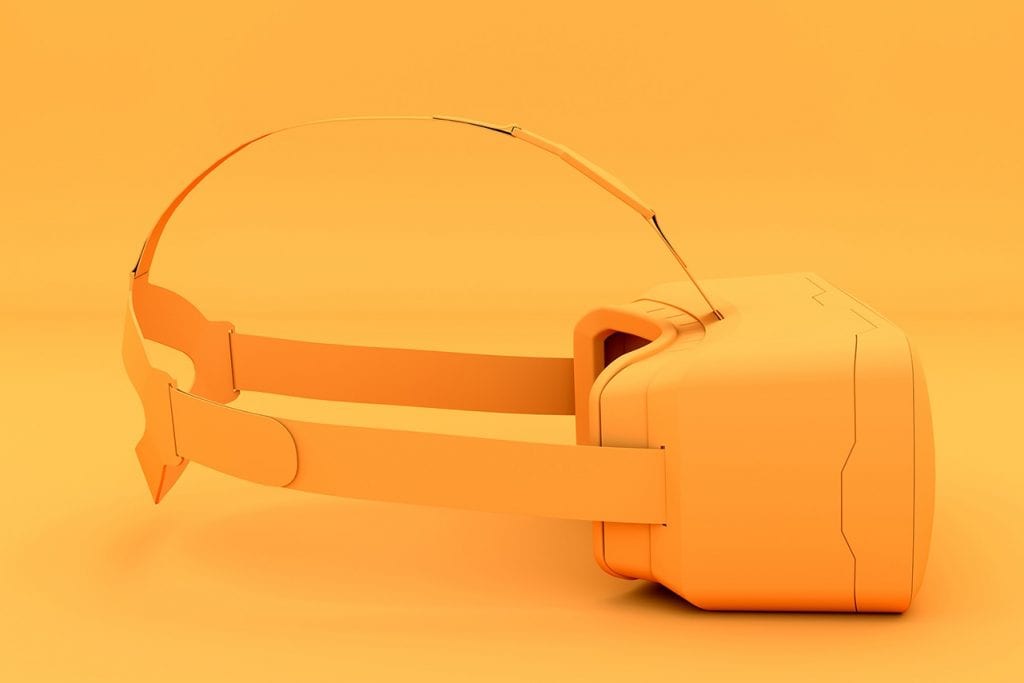 “One glass elevator simulating the elevator at the Atlanta Marriott Manquis convention hotel, rising 49 floors, up to 147 meters at the top” – not the words of a hotel advert, but the description of a stimulus in the world’s first study looking at therapy in virtual reality (VR).

VR is an emergent technology that has attracted fervent attention in recent years due to the increased affordability and accessibility of the hardware and software. With major corporations producing the equipment (Google, Oculus, and Samsung to name just a few), it’s a safe bet that VR will become more and more commonplace, and used more widely in the future.

One of the most promising applications for VR is within psychological therapy. There are several advantages to this medium, with the ability to present environments that would otherwise be too costly or prohibitive becoming available within the virtual realm. We’ll go through why this matters below.

Mental illness is highly heterogeneous, both within and across diseases, and individuals. While people rarely present exactly the same set of symptoms in the same way, at the same time, there are defining and typical characteristics of each defined illness that can be treated through standardized therapeutic programs.

VR can often be used as either an addition to these programs (and may even soon be presented as a standalone treatment). Phobias present a good case in how VR can enhance standardized therapy. Treatment is typically completed through graduated exposure, in which the fearful stimulus (a spider for example) is presented in steps [1].

The steps begin at an acceptable level of fear for the patient (this may begin by looking at a picture of a spider, or imagining a spider). The patient is provided with the time to relax around the fearful stimulus, and the fear will eventually subside. Escalating steps with increased exposure can ultimately lead to a more functional level of fear, in which the patient is no longer negatively affected to a level that impairs them.

For spider treatments, this will of course at some point require an actual spider. This might not be easy for the psychologist to reliably obtain, and for other phobias, the stimulus could be much more difficult to get hold of (a fear of flying for example could require going on a plane, potentially fun for the travel-loving psychologist, but not exactly cheap).

VR then offers the ability to present the stimulus in a much more accessible way – with enough immersion, all of the exposure steps can be done through the device [2].

But how can biosensors help with this? By providing a measure of fearful responses, researchers can see when and how to module the stimulus in order to yield the most efficient treatment.

Research has shown how heart rate, facial muscles, electrodermal activity (EDA/GSR), respiration, and other aspects of physiology are reliably impacted by fearful responses [3]. By quantifying these responses in a virtual environment, researchers can get a better idea of what induces fear, and which components are critical for alleviating the fear response.

Clinicians can also use these measures within their work to provide objective data about the treatment trajectory, providing more evidence of effectiveness (or lack thereof). In a long-term perspective, patients may even be able to self-administer VR-based treatments, if biosensors are able to provide accurate enough data to the VR software about how to proceed with the treatment.

In a similar vein to phobia treatments, therapy for different anxieties is often carried out through exposure to the anxiety-provoking stimulus. Anxiety is widely (and increasingly) diagnosed with an estimated 31.1% of U.S. adults experiencing an anxiety disorder at some time in their lives [15]. Social anxiety is one of the most prevalent forms of this mental disorder.

Treatment often consists of relaxation strategies that are taught to the patient so that they can learn how to better cope with an environment or setting [4, 5]. Repeated exposures ensure that they can practice how to be non-anxious in such situations.

Different scenarios can be entered by the patient, and the amount of anxiety-provoking elements can be increased or decreased in order to help the patient progress, providing a degree of flexibility to treatments.

The procedure works well, but can be expensive and time-consuming if carried out in real-life (paying psychologists to carry accompany participants to anxiety-provoking situations is resource-demanding). This otherwise relies on the motivation of the patient to engage in the treatment alone – this ultimately means that the treatment can be less likely to be successful.

A new and promising project is looking at solving these problems with the use of VR. The project is led by the Psychiatry Center of Copenhagen, and uses immersive environments built by Khora VR (a leading virtual and augmented reality production house in Scandinavia). Known as SO-REAL, the project allows patients with anxiety to experience exposure therapy in a safe, adaptable, and accessible environment.

This project features 27 different scenes, across 5 different scenarios that are commonly found to be anxiety provoking. They include anxiety-provoking experiences of differing levels while 1) standing in line in a supermarket; 2) attending a party; 3) attending a formal meeting and giving a presentation; 4) small talking/debating in a canteen; and 5) entering an auditorium [16].

Patients are provided with cognitive-behavioral therapy (CBT), either with or without the addition of the VR treatment. The project is the largest of its kind to compare the efficacy of CBT that is augmented with VR. Data collection is ongoing, with a primary completion date expected in the next few years.

The use of biosensors has also provided promising results for using VR alongside conventional therapy. Individuals with general anxiety disorder have been found to exhibit differences in their level of electrodermal activity, which could be used to provide information for judging therapy success [6].

Eye tracking has also been used to assess the efficacy of improvement in VR therapy for people with social anxiety. It was possible to see improvements in the amount of social eye contact that the individuals exhibited in the VR simulation, taken as a proxy of the participant’s anxiety levels [7]. This data could serve as a useful measure of progress in future VR social anxiety treatments.

Examples of this utility are shown in threat perception experiments. In one study, experimenters presented participants with scenes showing different levels of risk in a gymnastics environment [17]. The results showed that visual search behavior was increased in peripheral areas when the scene had more anxiety provoking elements within it. The study however also only used 2D images – whether or not the same results would be found in a more realistic, VR environment is not yet known.

Similar results have also been found in experiments where socially anxious participants are instructed to look at photos of emotional faces. It has been found that the socially anxious participants avoided the eyes of sad, disgusted, and neutral faces more than controls, yet no group differences were found for angry faces [18]. These research questions still remain to be studied in VR – opening up the possibility to understand more about the processes underlying social anxiety in 3D, realistic, (and crucially – ethically sound), environments.

Other disorders such as Post-Traumatic Stress Disorder (PTSD) have been examined in the context of VR treatment. PTSD involves flashbacks, nightmares, and anxiety of a certain event that was frightening (often, but not exclusively, caused by experiencing situations that most people will not encounter, such as a violent attack).

PTSD is often treated through the patient remembering the traumatic experience(s) in a safe environment, enabling the extinguishing of the strong emotional influence on the memory. A preliminary study examining the impact of therapy in VR with emergency workers who were at the Twin Towers on September 11th, 2001 found positive outcomes that remained at 6 months post-treatment [8]. Other studies have also shown success with military veterans undergoing therapy in VR [9, 10].

Previous research has shown how patients with PTSD will attend more to “threatening” words (negatively valenced words that suggest a threat), as assessed by eye tracking [11]. Heart rate and blood pressure have also been shown to differ in PTSD patients as compared to controls [12]. All of this suggests a potential route to assess the severity of the disorder, and ways to understand how it can be treated and improved.

Addiction is another example of a disease that could benefit from the combined use of biosensors and VR-based therapy. The self-reported withdrawal symptoms and increased heart rate of Nicotine-dependent cigarette smokers have been found to be predicting of craving experiences in a VR environment. This study showed how real craving can be elicited in a VR environment, which can be important for future studies predicting who will respond well to addiction treatment [2, 13].

VR-based treatments of course aren’t just limited to mental illness. One study used EMG biofeedback in a VR environment for the treatment of children with cerebral palsy [14]. The biofeedback provides information about the muscle movement, and allows the individual to adjust their muscle movements in response. The results showed that muscle imbalances could be improved through the treatment, and significantly more so with the use of feedback in VR.

This method also suggests a route for biofeedback to be incorporated into other VR treatments for mental illnesses. This could pave the way for VR therapy to be self-administered (rather than guided by a psychologist), opening up therapy for an increased number of people.

As VR technology, biosensors, and the software for each continue to improve, the capability and reach of VR based therapy will undoubtedly increase. This could well change the landscape of future psychological treatments, potentially making treatment both more accessible and more effective.

I hope you’ve enjoyed reading about how VR can be used alongside biosensors in therapy. If you’d like to learn more about how biosensors can be used to study human behavior, then download our free guide below.